For some people, choosing the right palette is all about what’s trending in the market, while others about what’s making them happy. You could say it’s a battle between style and happiness, but we believe it’s always possible to meet halfway.  Before singling out the best color scheme for your home, here is a little sneak peek into the psychology of colors. 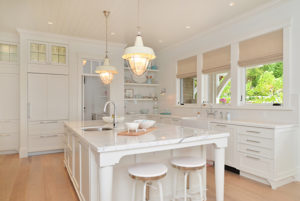 The strength of neutral colors like white lies in its flexibility. You can easily accentuate it with colorful hues when your home needs a burst of color, and tone it down when you’re in the mood for something minimalist. White is also perfect for those who have smaller spaces since it creates the illusion of a breathable environment. 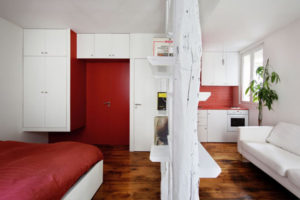 Red is a powerful color that can ignite feelings of anger and hostility, but it can also stimulate energy and excitement. Because of this factor, some restaurateurs choose to use red as a major element in their restaurants. 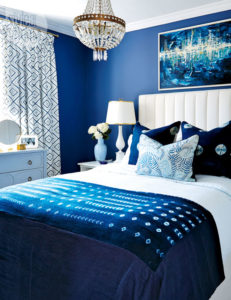 Reminiscent of the ocean, blue is said to produce a calming and relaxing effect to the body. Light shades are recommended to be used in bedrooms and bathrooms, while warmer tones are ideal for places of gathering such as family and living rooms. On the other hand, darker hues of blue are said to invoke feelings of sorrow and sadness. 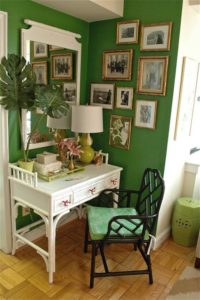 Green is a representation of the beauty of nature–a calming shade that can bring some peace of mind. Like blue, green naturally refreshes the senses; akin to yellow, it evokes happiness and warmth. Green is also closely associated with fertility, which is why some interior designers would recommend it as a major bedroom theme. 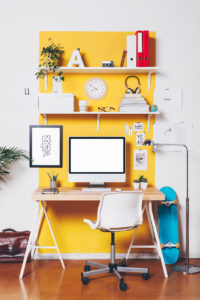 Yellow is a bit of a contradiction. Light shades are believed to invoke joy and warmth, while dark hues are known to produce feelings of frustration and anger. Studies also show that babies cry more in yellow rooms as compared with other colors. 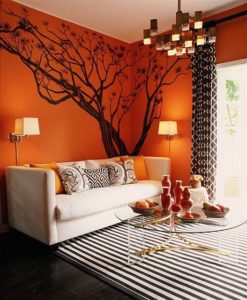 Like yellow, there is much of a debate regarding the usage of orange. Since it is an enthusiastic color, some experts agree that orange is ideal to be used in gyms, but others say it is best to be avoided in that particular department. This is because orange is also believed to stimulate the appetite–which might work against you while you’re working out.

Feeling a bit undecided? Feel free to contact us and we’ll gladly help you make the best decision for your home–psychology and trend of colors considered.